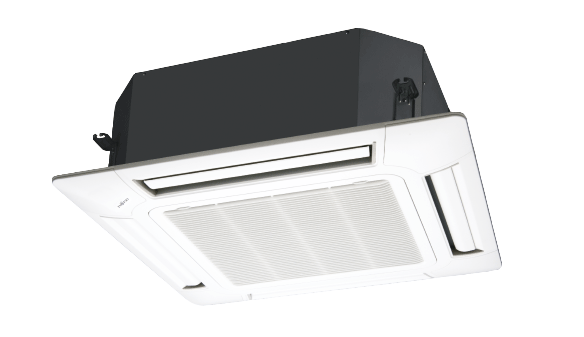 Previous turbo fan:
Air passing through the heat exchanger was uneven and the air would only flow close to the ceiling.

New turbo fan:
High efficiency airflow distribution has been achieved by the introduction of a 3 dimensional blade which increases the air passing over the heat exchanger.

Improvement of the airflow distribution

New louvre: The louvre design distributes air leaving a space between the chassis and the ceiling allowing far and wide airflow distribution.

Adjustment of hanger position is possible after installation

Hanging bracket can be checked directly by removing the corner cover. Hanging position can be arranged easily.