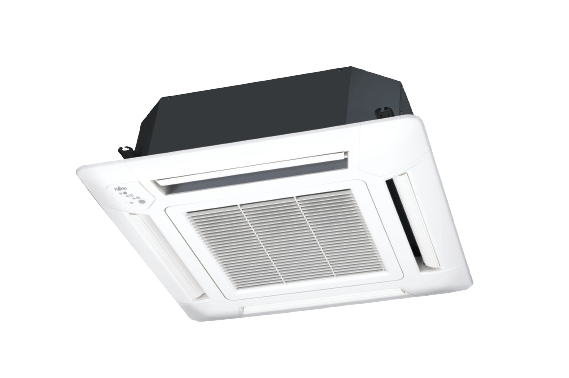 In the case of a conventional fan, the air outlet range was narrow as the airflow moved to the motor side which meant the velocity of air passing through the heat exchanger was uneven.

A evenly spread air distribution across the heat exchanger is possible due to the new 2 stage turbo fan which produces two separate airflow streams.

Improvement of the airflow distribution

New louvre: The louvre design distributes air leaving a space between the chassis and the ceiling allowing far and wide airflow distribution.