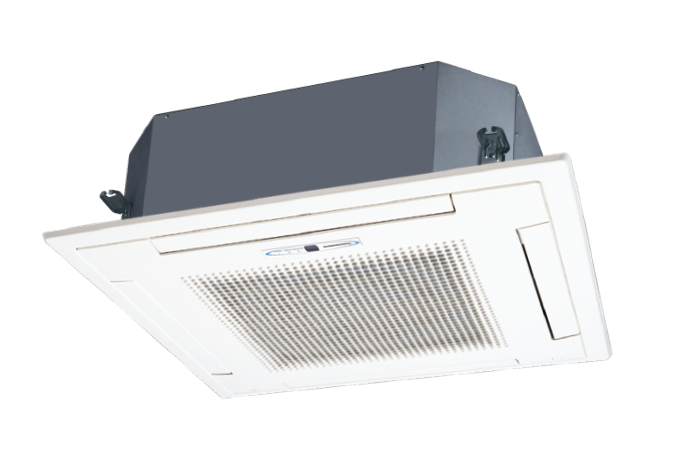 With a conventional fan, the air outlet range is narrow as airflow shifts toward the motor, making the velocity of the air passing through the heat exchanger fluctuate.

Improvement of the Airflow Distribution

The new louver design enables an airflow that has no air contact with the ceiling. Airflow is moved through the space between the chassis and the ceiling, allowing far and wide airflow distribution.

Auto airflow direction and auto swing ensures that supplied air does not blow over the ceiling.

Conditioned air can be distributed by means of a distribution duct. 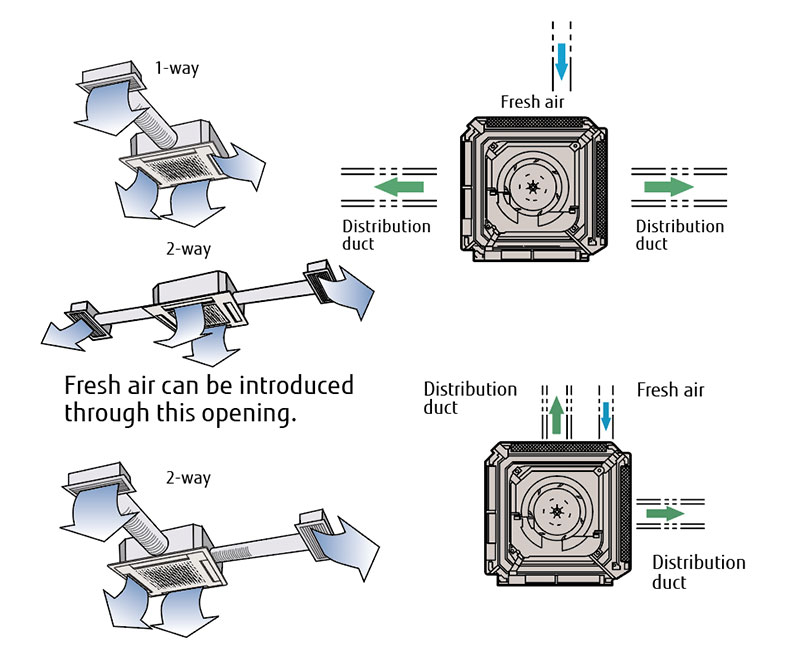 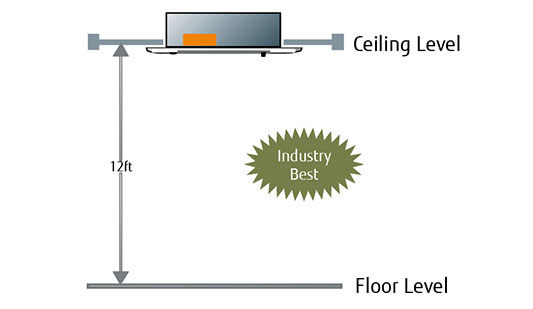 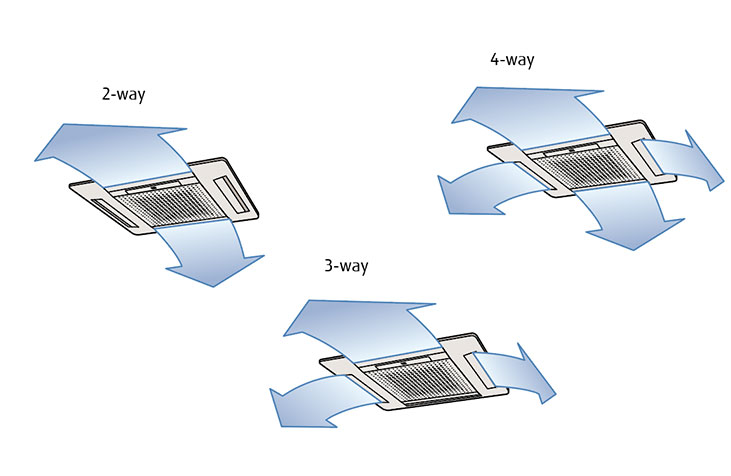 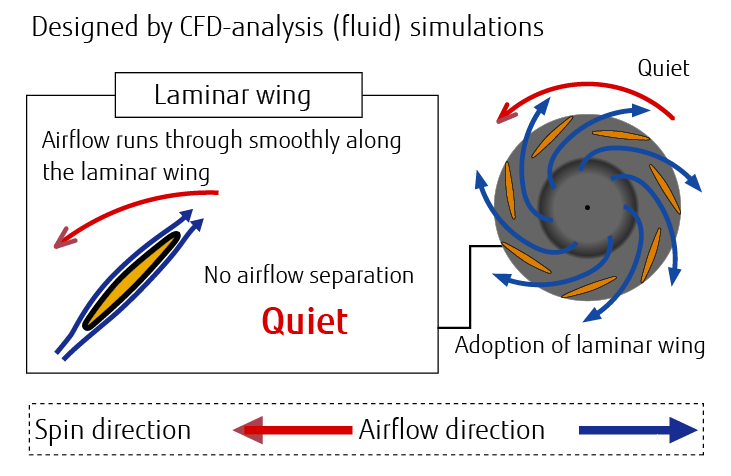